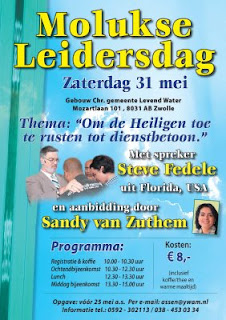 1. Doctors say: 'Miracles more contagious than any disease'From May 14-15, 2008, some 200 doctors and medical professionals from 28 countries met in Trondheim, Norway, for an international conference of the World Christian Doctors Network (WCDN). They met to share evidence of God's supernatural healing of patients with untreatable diseases. These doctors all believe in the power of prayer, and apply this especially in cases when medical treatment is no longer possible. During the gathering doctors took turns in presenting case studies of miracles they had experienced. The data were being flashed on a big screen and then questions were asked from the medical audience. These ranged from a man being raised from the dead and a detached retina being healed, to other diseases both large and small.Dr. Armando Pineda from Florida spoke passionately about the need for doctors to pray for their patients, citing the example of many Cubans he had been ministering to being set free from witchcraft. He added: "Doctors are the most credible people to testify to God's healing powers. We need to realize that miracles are far more contagious than any disease." On the WCDN website
(http://www.wcdn.org/) over 60 testimonies have been collected of people who were healed by God.Source: WCDN

2. Lakeland healing revival continuesIn Joel News International 639 we reported about an outpouring of the Holy Spirit in Lakeland, Florida, in which Canadian healing evangelist Todd Bentley is involved. According to recent reports these healing meetings still continue, are drawing thousands of people, and bear similarities with the charismatic Toronto and Brownsville awakenings of the 1990s. According to Bentley and his team many people find Christ and/or are being healed from all kinds of diseases.Bentley, 32, a tattooed, body-pierced, T-shirt-wearing evangelist from British Columbia, is not really "your grandmother's evangelist", as Charisma editor Lee Grady puts it. "I grew up a drug addict," Bentley explains. "I got saved at 18 in my drug dealer's trailer because I had an experience with God." His purpose, he says, is to preach intimacy with God. "Christianity has become a religious, organized structure. But people are realizing that the power of God is real, and that the Kingdom of God isn't just a bunch of people sitting around talking."CBN broadcasted an onsite report of the healing meetings: http://www.youtube.com/watch?v=76WDKzS7Yog
News website Tampa Bay Online published an interesting video interview with Bentley in which he explains what God seems to be doing in Lakeland: http://www.tbo.com/video/xml/MGBUNESXPFF.html

There are also people who have concerns about Lakeland. Charisma editor Grady says he couldn't wholeheartedly embrace what he saw when he visited the revival meetings. "I am not a heresy hunter," he says, "and I support what is happening in Lakeland because I know God uses imperfect people (like me and you) to reach others for Jesus." In a recent online column Grady expresses concerns about angelic visitations Bentley claims he had, some exotic manifestations that seem to be encouraged from the platform, and the way these healing meetings have been hyped."In our longing for a holy visitation, we must be careful not to call the first faint breeze of the Spirit a full-fledged revival," Grady says. "If we do that, we are setting people up for disappointment when they realize it may not be what we blew it up to be. Some of the language used during the Lakeland revival has created an almost sideshow atmosphere. People are invited to 'come and get some'. Miracles are supposedly 'popping like popcorn'. Organizers tout it as the greatest revival in history. Such brash statements cheapen what the Holy Spirit is doing, and they do a disservice to our brothers and sisters who are experiencing New Testament-style revival in countries such as Iran, China and India.""I am rejoicing over all the reported healings at the Lakeland meetings," says Grady. "Miracles are awesome. Crowds are great. But miracles and crowds alone don't guarantee a revival. Multitudes followed Jesus during His ministry on earth, but many of the people who saw the dead raised or ate food that was supernaturally multiplied later crucified the Son of God. It was the few disciples who followed Jesus after Calvary who ushered in a true revival - one that was bathed in the fear of God, confirmed by signs and wonders, tempered by persecution and evidenced by thousands of conversions, new churches and the transformation of society. We should expect nothing less."
Others, like Ron McGatlin who coordinates the revival and reformation network Open Heaven, stress that Christians should not blindly copy an 'old wineskin ministry model', but be attentive to the 'new wineskins' (forms of ministry) that God is shaping. He foresees a grassroots movement of ordinary people who do the works of Jesus, rather than just a stage-led charismatic event.Sources: Tampa Tribune, Todd Bentley, Lee Grady, Ron McGatlin

3. Millions pray on Global Day of PrayerMillions of Christians around the world raised their hands up in united prayer and worship on Pentecost Sunday as part of the fourth annual Global Day of Prayer. The United Kingdom was among 201 nations registered to take part, with major prayer events and outreaches taking place across England, Scotland, Wales and Northern Ireland under the common theme of 'Your Kingdom come, on Earth as in Heaven'. In London, thousands of Christians gathered at Millwall football stadium to pray for God's love and the Holy Spirit to fall upon London, particularly communities blighted by gun and knife crime. "When the church unites in prayer there is no stopping it," said Jonathan Oloyede, leader of the Global Day of Prayer in London. Source: Maria Mackay

4. Prayer focus: Myanmar and ChinaTens of thousands of people lost their lives and many more lost their houses and means of existence during the recent cyclone in Myanmar (Birma) and the earthquake in China. Let's focus our prayers this week on the various relief efforts, that these will effectively reach those in need. Also pray for the (persecuted) Church in these nations, that Christians will rise up to the occasion, minister God's compassion and advance the Kingdom of God. Source: Various sources

C O L O P H O N Joel News International is a leading e-zine on what God is doing worldwide in the area of prayer, church growth and revival. We offer a keen selection of encouraging news reports, challenging developments and quality resources from over 100 reliable sources in six continents. Joel News is a great help and time-saver for thousands of active Christians in over 120 nations. Joel News is published weekly on the basis of an annual donation. For more information visit our donation page: http://www.joelnews.org/donation.htm. Joel News partners with a wide range of international networks and ministries in the area of prayer, saturation church planting, revival and world missions. News reports (no regular mailing lists) can be sent to our editorial team at info@joelnews.org. (c) JOEL NEWS, 2008 republication only with full creditline http://www.joelnews.org/ 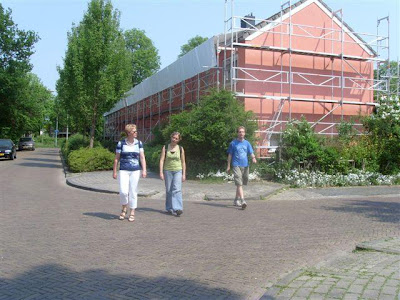 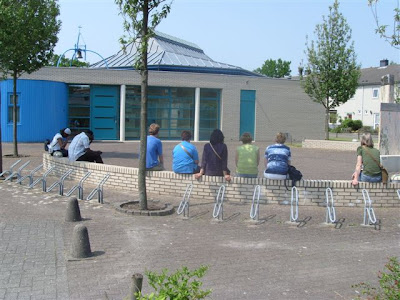 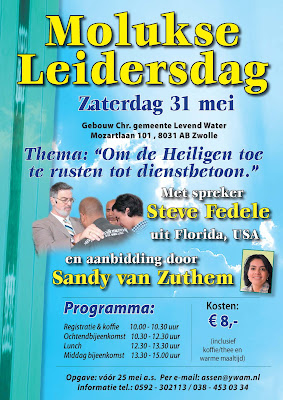 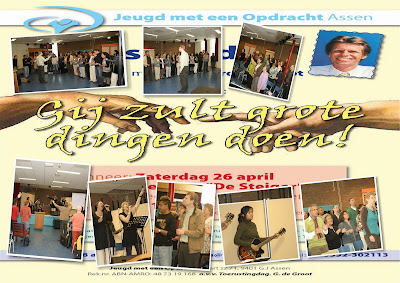